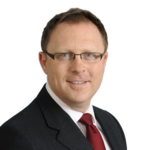 A member of Odgers Berndtson’s UK operating board, Richard also has overall responsibility for Odgers Berndtson’s Midlands operations, in particular developing the firm’s profile and relationships across a range of industry sectors within the region.

Richard joined Odgers Berndtson in 2004, as a member of the Energy Manufacturing and Infrastructure practice. With a particular focus on aerospace, defence and infrastructure he has recruited for listed and multinational organisations through to SME’s, family businesses and start-ups.

The early part of Richard's career was spent in Audit with PricewaterhouseCoopers. Prior to joining Odgers Richard held consulting and management roles with leading national and regional financial recruitment organisations and a boutique search and selection firm. Richard graduated from Durham University with an honours degree in Politics & Sociology.

You are currently offline. Some pages or content may fail to load.